Of Libraries and Museums … and Not Quite

In a recent issue of The New Yorker – the always welcome and extremely juicy-to-read Eustace Tilley-cover annual, actually – writer Adam Gopnik splashed around in the lightly roiling shallows of Internet analysis: whether it’s a game-changer, game-ender or just another variation of the same old game, like when you decide to permit the use of proper nouns in Scrabble. (And, by the way, it is terrific to have the old Gopnik back; in the past few, post-France years, he’s written more like a parody of himself, or, perhaps, Henry James writing a parody of Gopnik. We Gopnik fans are happy to hear the return of the old voice, full of clear metaphors, but with a few darker middle-age notes.)

Anyway … In the New Yorker piece, Gopnik, in a thoughtful survey of books about the influence of the Internet – striking either celebratory, worrying or get-over-yourself chords – writes:

There is … a simple, spooky sense in which the Internet is just a loud and unlimited library in which we now live – as if one went to sleep every night in the college stacks, surrounded by pamphlets and polemics and possibilities. There is the sociology section, the science section, old sheet music and menus, and you can go to the periodicals room anytime and read old issues of the New Statesman … 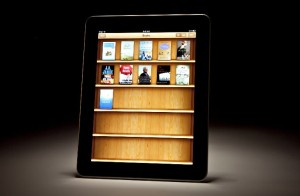 So, not precisely like a library, but an argument could be made. In fact, Gopnik’s made it. But, we pondered, arslocii-wise, that as much as the Internet is or is not like a library, or to what degree it resembles or interfaces with us like one, what the Internet can never seem like, or make us think it is anything like, is an art museum – another public institution that we might find ourselves in for educational or edificational purposes but, in this instance, so thoroughly unreplicatable in the digital universe.

Think of it: In Gopnik’s paradigm, he’s basically equating books with what’s in them – just the words, ma’am. Fine art is different – it’s the being with that’s vital. Sure, if all one wants is to know what, say, “Guernica” looks like – complete with zoom-in, zoom-out views – then seeing it online is fine. Like looking at a postcard. But is it really the “Guernica” experience that one is getting? Isn’t it, like Gopnik’s library, merely the information and not a true encounter with art, and certainly not with the environment that art is in and itself creates. By relying on the Internet to “see” a piece of art, one would not experience scale, or see brush strokes, apprehend the true colors, feel how it “echoes” in the room – perceive its power. 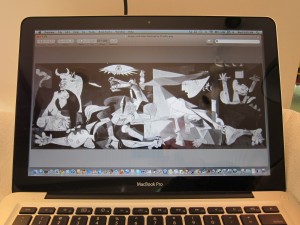 One may read “The Great Gatsby” on an electronic device and get nearly the same thing out of it that you would get out of reading it in a paper and print book. But “Starry Night”? It would be like listening to “A Day in the Life” through your cell phone. And sculpture? Forget about it, even with software that allows you 360-degree views. The Web is merely like the catalog for the real show. Of course, photography fares better than other physical fine arts online, but even there, online one misses the size, and the grain, and – as good as one’s computer monitor is – the tonal variations and gradients, and the color of ink: a silver print looks like a digital capture. Ansel Adams would not be happy. 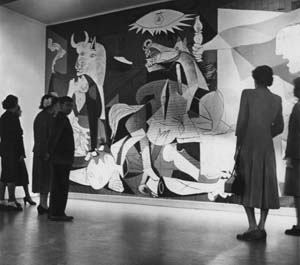 (Interestingly, the sole exception that we can think of to this dichotomous library vs. art museum, virtual vs. real argument is precisely those items in a library that are most like those objects in a museum: the map collection, the rare books – those very things that enhance our pleasure of them through the tactile, sensual encounter we have with them – the non-informational components of them, the human handiwork aspects.)

So, viewed through this blog’s placeness filter, there is, actually, a comfort that comes out of all this. Two comforts, really. First, the comfort of having incredible access to articles and books, reference and opinion, all with a few clicks or taps or swipes, right at our beck and call, whenever, wherever – a miracle, really (let’s not forget Arthur C. Clarke’s law that states that any technology sufficiently advanced is indistinguishable from magic – the Internet, then, being one of the greatest of tricks, or illusions). But, more to the point: There is the comfort of knowing that there are some things that cannot be replicated digitally, ever – that to not just see something but to live it, one has to be at a specific place in order to be with it, to share personal space with it, to view it for all it is, to go back to it over and over and see more and more of it (because, each time, there is another perceivable element, and more to think about it), to feel its value by more intimately understanding the act that created it, to “friend” it in a way that Facebook never can, and to make it one’s own, in ways deeper than one can imagine we are capable of. In other words, by having a human interaction – by realizing that the power is in being with a piece in a place, and the give-and-take symbiosis of the two … the three, actually, when you include yourself. Placeness, in other words. Arslocii. 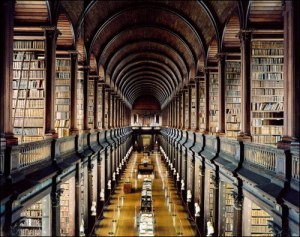